The most epic waves in the universe

Unlike other waves in the universe, gravitational waves allow for the observation of black hole mergers

What do gravitational waves do?

Gravitational waves squeeze and stretch everything in their path, including the fabric of space-time. These cosmic ripples also carry information with them such as information about their origins, as well as clues to the nature of gravity itself. The strongest gravitational waves in the universe are produced by extreme objects, such as colliding black holes, neutron stars, or supernovas. In fact, although they may be too faint to detect with current technology, some think there is a possibility of echoing gravitational waves from the big bang itself still thrumming through our universe today.

In 1916, Albert Einstein predicted gravitational waves in his theory of general relativity. His mathematics showed that massive accelerating objects, like neutron stars, or black holes that were orbiting each other, can spiral inward over time, radiating away orbital energy as gravitational waves. The first observational evidence of their existence didn’t arrive until 1974, 20 years after Einstein’s death. That year, a binary pulsar was discovered. This pair of highly magnetized compact stars that rotate and emit electromagnetic beams of radiation from their magnetic poles was the exact type of system general relativity predicted should radiate gravitational waves. Knowing that this discovery could be used to test Einstein’s audacious prediction, astronomers began measuring how the star’s orbits changed over time. 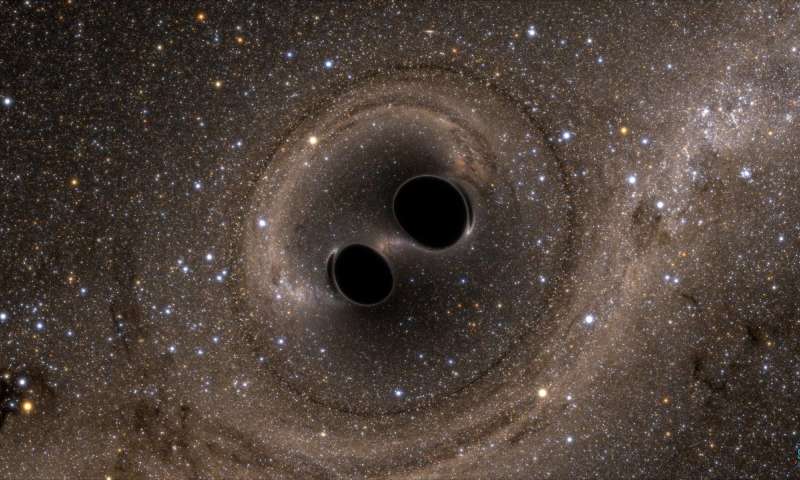 After eight years of observing, astronomers determined the stars were gradually getting closer to each other precisely at the rate Einstein expected if they were emitting gravitational waves. After this discovery, other indirect evidence piled up, but these types of objects that create gravitational waves are sometimes billions of light years away and sometimes these events only cause small, weak, waves, but scientists in 2015, directly detected gravitational waves in the universe for the first time using sensitive instruments in LIGO (Laser Interferometer Gravitational-wave Observatory) and Virgo. The gravitational waves they detected were created when two black holes crashed into one another, 1.3 billion years ago. Even though the collision was extremely violent, the amplitude of the waves, the size of wobble they made in space time, was 1,000 times smaller than the nucleus of an atom. 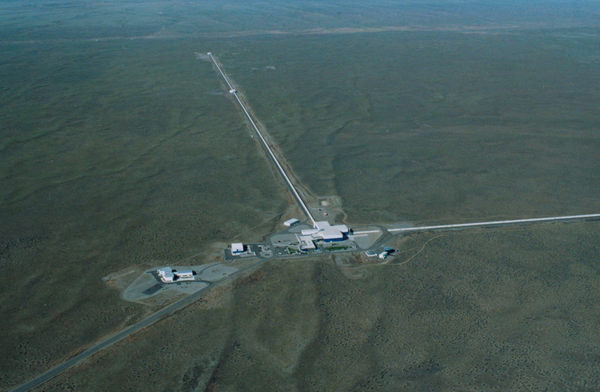 LIGO is made up of two observatories: one in Louisiana and one in Washington (above). Each observatory has two long “arms” that are each more than 2 miles (4 kilometers) long. SOURCE:  Caltech/MIT/LIGO Lab

LIGO uses a technique called interferometry, this works by measuring the difference of the distance a beam of light travels over a certain distance. There are two LIGO observatories in the USA, one on each side of the country. Both LIGO observatories have two arms that are each about two miles long and perpendicular to each other. A laser beam is shot down each arm, which hits a mirror at the end of the arm and bounces back to the beginning.

LIGO’s discovery was a huge steppingstone for our understanding and is considered one of humanity’s greatest scientific achievements. Since 2015, we have detected many more gravitational wave events. Now, from surfing the waves of gravity itself, we have a new way of looking at the universe.