Who has the right of way in space?

An agreement between SpaceX and NASA should help manage satellite traffic. 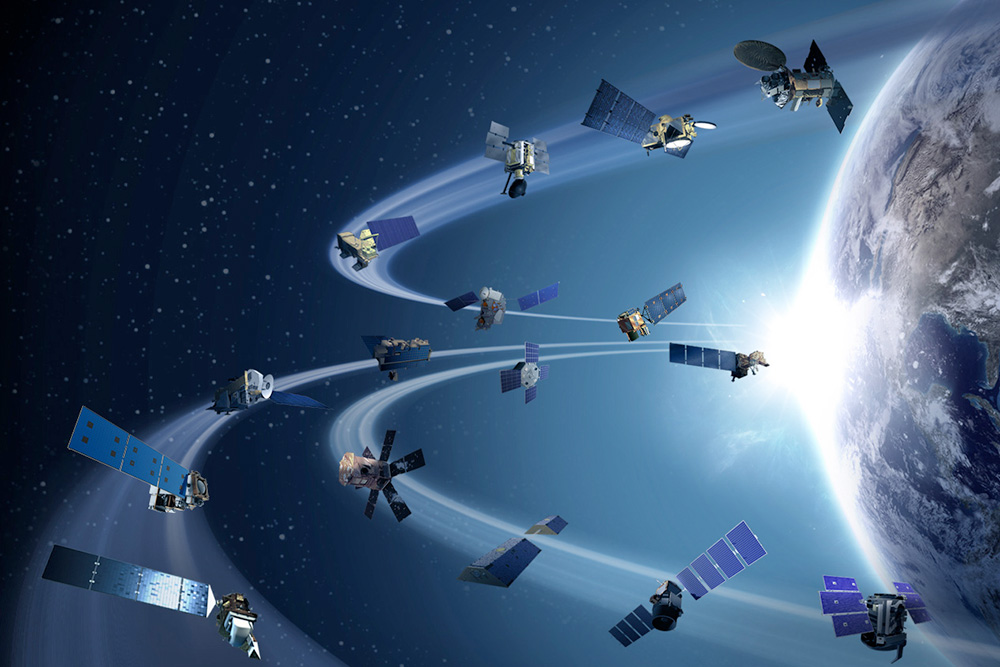 A handful of NASA’s satellites are shown in this illustration. With satellite traffic becoming heavier each year, the agency is working to ensure no collisions occur. Credit: NASA

In January of 2020, two decommissioned satellites orbiting Earth made a really close pass. Traveling towards each other with a combined speed of 33,000 mph (53,000 k/hr) the two barely missed each other, coming as close as 210 feet (65 meters).

To make sure an event like this doesn’t happen with any of NASA’s satellites and the internet-providing Starlink satellites from SpaceX, the two groups have agreed to share information about where their spacecraft are flying; settling the question of who has the right of way. Unsurprisingly, it’s NASA, according to the safety agreement, announced March 18, 2021.

“SpaceX has agreed its Starlink satellites will autonomously or manually maneuver to ensure the missions of NASA science satellites and other assets can operate uninterrupted from a collision avoidance perspective,” according to the NASA release.

And to avoid any confusion, in the event of a potential conjunction, NASA will not move its satellites. This way the agencies don’t run the risk of maneuvering into each other while trying to avoid a collision.

With the commercial space sector booming, the issue of avoiding satellite smash-ups in space is also growing.

The number of satellite payloads launched in 2020 jumped to 1,261 — more than twice as many as in 2019 (522), according to statistics maintained by astrophysicist Jonathan McDowell at the Harvard-Smithsonian Center for Astrophysics. The 833 Starlink satellites that SpaceX launched last year account for most of that increase

To help address the issue, in December 2020, NASA released a handbook for aerospace companies, outlining what the agency had found to be best practices for avoiding a collision in low-Earth orbit.