Swollen heads, increased cancer risk, and inevitable bickering are just a few of the major hurdles astronauts venturing to other worlds will face.

Recently there has been a surge in commercial spaceflight. So, while regular human spaceflights beyond low-Earth orbit are still far off on the horizon, they appear to becoming an inevitability in the coming decades.

To prepare for that eventuality, scientists, engineers, and medical professionals are tirelessly working to identify and mitigate the new challenges interplanetary travel poses to human health and well-being.

Here are just a few problems (and solutions) experts are considering to keep astronauts happy and health on their way to the Moon, Mars, and beyond. 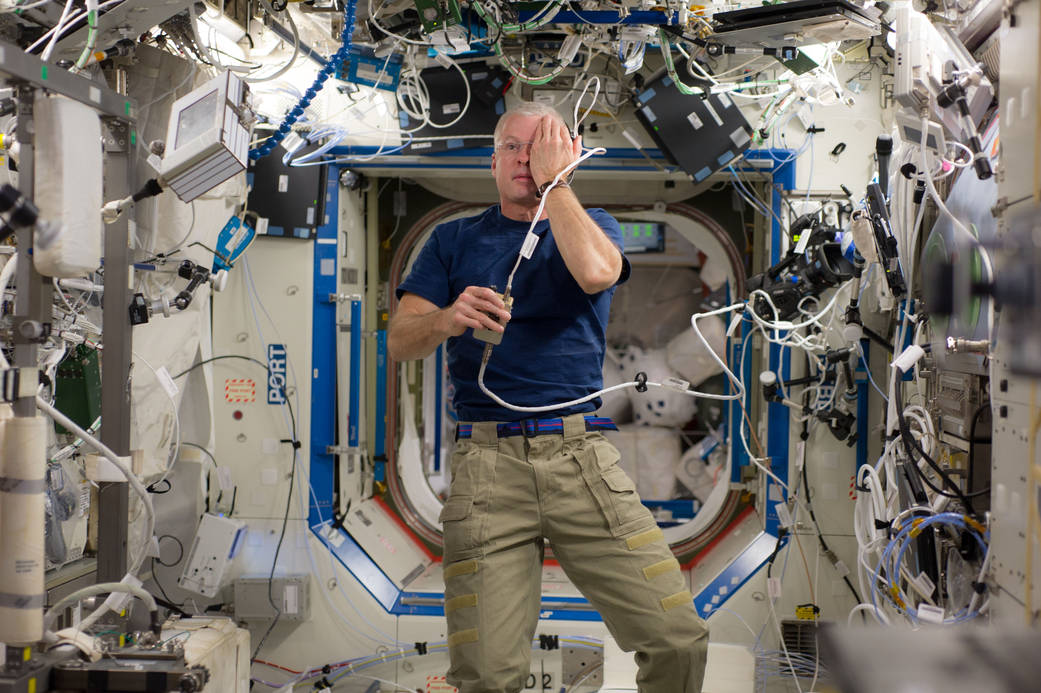 On Earth, our bodies are constantly fighting gravity to pump fluids up to our heads. Taking gravity out of the equation means you get all pump and no dump — the cranial fluid doesn’t fully drain. The result is fluid pooling in both the face and the skull. This is known as Spaceflight Associated Neuro-ocular Syndrome, or SANS for short.

Puffiness in the face during the first few days of the mission quickly resolves itself as the body acclimates to microgravity. But for the cerebrospinal fluid that surrounds the brain, it can take months or even years for the changes to reverse after long-term spaceflight.

This additional pressure on the brain pushes it upwards against the skull, causing the fluid filled ventricles, or cavities, within the brain to expand. The pressure also pushes against astronauts’ eyeballs, causing vision changes that require glasses.

Researchers still don’t fully understand all symptoms of SANS, or how to effectively combat them, but several ideas for preventative measures have been floated. These could include creating artificial gravity or putting astronauts in specialized negative-pressure suits to draw fluid from their heads. 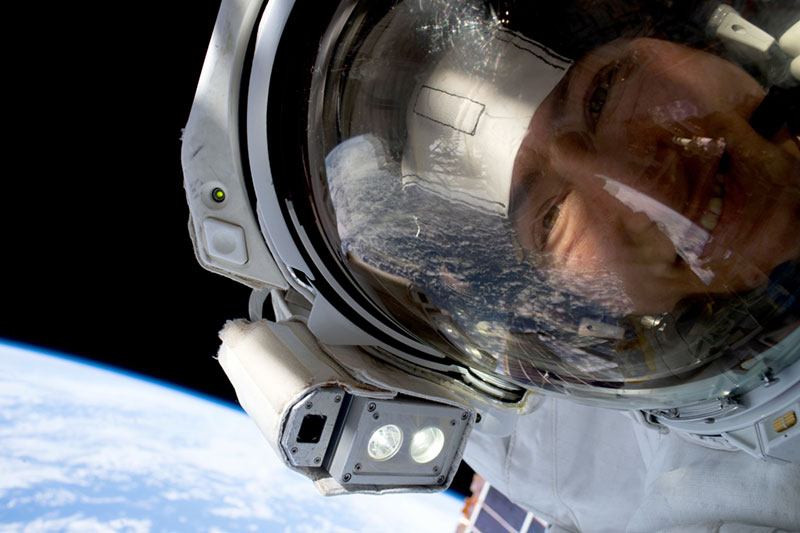 Here on terra firma, we’re protected from cosmic radiation by Earth’s magnetic shield. Outside this zone, however, highly charged particles streaming from the Sun (or beyond) can slice through the bodies of astronauts, damaging cells.

This causes a whole host of issues, such as radiation sickness and increased lifetime risk of cancer. Right now, we mitigate the risk of radiation by shielding spacecraft and closely monitoring radiation exposure.

But research also suggests that cosmic radiation during a Mars trip might cause more immediate issues. Radiation damage to tissue may affect astronauts’ behavior, cognition, and general health while on the Moon or Mars, so it’s vital to shield a lunar or martian crew from as much of it as possible.

A third proposal seems to come right out of science fiction, however. Professor Nesrin Sarigul-Klijn, a specialist in aerospace engineering believes that the best way to protect astronauts from radiation combines both spacecraft shielding and biological methods, such as gene editing.

Hazards to the microbiome

Many aspects of our health, from good digestion, to stable mood, to healthy skin, are maintained by our microbiome — the complex cultures of bacteria, fungi, protozoa, and viruses that live on and inside us.

Studies following astronauts who have recently stayed on the ISS show that the balance of these tiny helpers gets shifted in space. These microbiome changes may relate to common astronaut health issues, such as skin rashes and episodes of hypersensitivity.

While researchers are getting a grip on these changes in low-Earth orbit, some experts believe that we’re likely to run into different alterations of the microbiome during extended trips to other worlds.

Take for intance, commensal bacteria that help instigate the body’s immune response. Cosmic radiation could increase the mutation rate of these bacteria, leading to new and unexpected interactions between them and their human host.

The simplest solution to prevent these alterations long term seems to lie in maintaining a healthy diet combined with prebiotics and probiotics. Possible probiotics can range from the mundane, yogurt, to pills to fecal transplants. 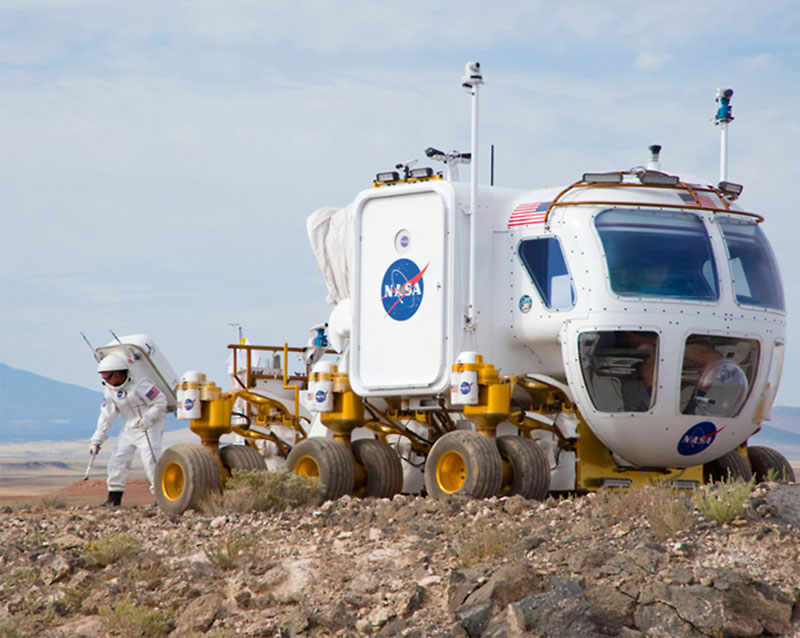 Analog missions, like the NASA one seen here, are an important way for researchers to study the complex behavior of people isolated in small groups for long periods of time. Credit: NASA

Like any long-haul journey, an extended trip to the Moon, Mars, or beyond will be a lot more bearable if the crew members get along. And part of ensuring travel harmony is a good crew selection process.

Assembling a cohesive crew isn’t just a case of cherry-picking excellent astronauts; it requires considering the group’s dynamic as a whole. And to study the complex nature of isolated groups, researchers often turn to analog missions, or simulations of living on the Moon or Mars that are hosted elsewhere, like on Earth.

But no matter how cohesive a group is there are bound to be frustrations when confined in an inherently stressful environment with only a few other individuals for months on end. One innovative solution may lie in having astronauts sleep through transit in a hibernation-like, or ‘torpor,’ state.

There is some evidence — from people surviving after “drowning” in frozen lakes to regularly used medical cooling techniques — that a hibernation-like state may well be achievable for humans. And as of right now, research is ongoing. But if confirmed — and controlled — such a stasis-based strategy may be vital to crews staying sane during extremely long spaceflights.

END_OF_DOCUMENT_TOKEN_TO_BE_REPLACED 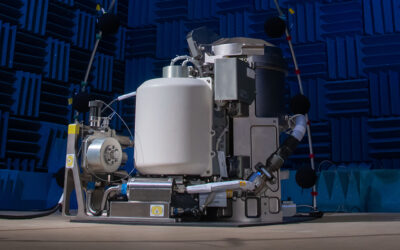