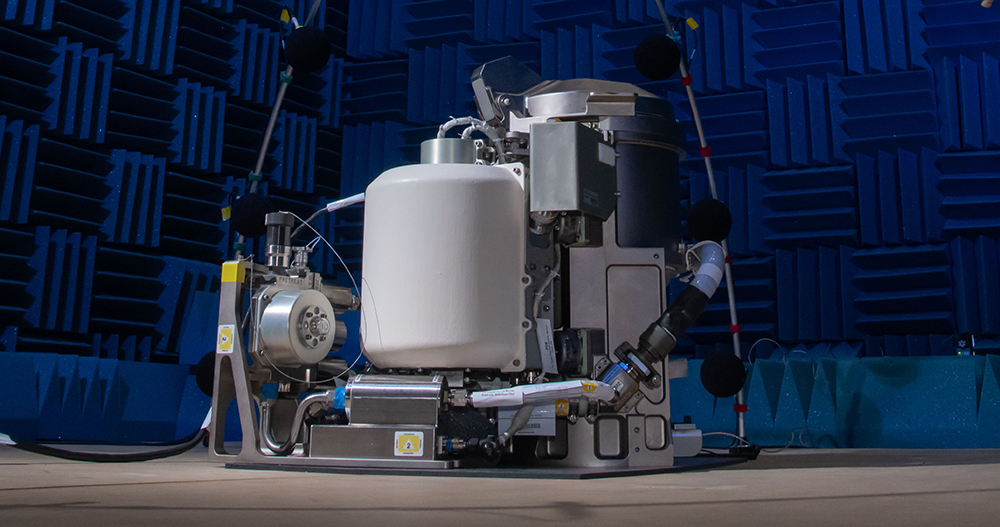 NASA sent a new toilet to the space station in September 2020. Credit: NASA

There are a lot of challenges involved in putting humans in space. Not the least of which is figuring out how they will go to the bathroom.

Even before the space age, the military’s U-2 program faced this challenge. These long-distance reconnaissance planes fly at 70,000 feet (21,336 meters). In-flight peeing was, in the early days, managed by an in-suit catheter, inserted into the then-exclusively-male pilots’ penises and threaded into their bladders. The urine was siphoned out of the bladder and into a bag. As you can imagine, the pilots didn’t think it was the ideal solution. NASA eventually came up with a better solution for space flights, but it took them a while to get it right.

For the first American flight into space, in 1961, NASA didn’t have a plan for peeing. They didn’t think they’d need one for the fifteen-minute flight. Thanks to a series of small problems, however, the launch was delayed. After three hours suited up and on his back in the Freedom 7 rocket, solo crew member Alan Shepard radioed command with a very down-to-Earth message: “Man, I gotta pee.”

Shepard asked if he could temporarily get out of his suit to relieve himself of the coffee and OJ he’d had for breakfast. Command responded with a decisive “No.” But they did temporarily turn off the electrical parts of his suit so that he could just pee right in his pants without the risk of frying himself. One small oversight for NASA, one great pee for Alan Shepard.

On later and longer spaceflights, NASA came up with a better plan. Astronauts urinated via an arrangement involving what NASA describes as “a rubber cuff connected to a flexible collection bag.”

The device used was a plastic bag which was taped to the buttocks to capture feces. After defecation, the crewmember was required to seal the bag and knead it in order to mix a liquid bactericide with the contents to provide the desired degree of feces stabilization. Because this task was distasteful and required an inordinate amount of time, low residue foods and laxatives were generally used prior to launch.

These days, for space walks astronauts wear what is essentially a high-tech diaper called a maximum absorbency garment. It’s much more straightforward and doesn’t involve kneading feces or taking drugs.

But space shuttles and the International Space Station have room — a tiny bit of room — for a toilet. Crew members pee into what is essentially a vacuum tube that sucks all the urine in so that it doesn’t go floating all around the space station. The urine is collected, processed, and recycled, or as astronaut Jessica Meir put it in an article on NASA’s website, “When it comes to our urine on [the International Space Station], today’s coffee is tomorrow’s coffee!”

To defecate, they line a little canister with a plastic bag, sit on top of the canister, and drop the deposit into the bag. This device, too, has a vacuum that ensures the deposit goes where it should. The little bags of poop are then loaded onto a special cargo ship that burns up when it reenters Earth’s atmosphere.

This system works well enough for male crew members, but is not ideal for women, who can’t so easily separate the process of peeing from the process of pooping. Last year, NASA finally announced that it was installing a new toilet on the space station, or as it’s officially called, a Universal Waste Management System.

The toilet part of the UWMS has been redesigned to take into account female anatomy. The urine funnel and the seat can be used at the same time.

Of course, the output is not the only thing that can float away in a zero-gravity environment. Astronauts can, too. So the new toilets have foot restraints and hand-holds, so the astronauts can stay on top of things. It may never be easy to do your business in space, but it’s a lot easier than it used to be.

The era of lunar resource use is quickly approachi