Forecasting weather on the Sun 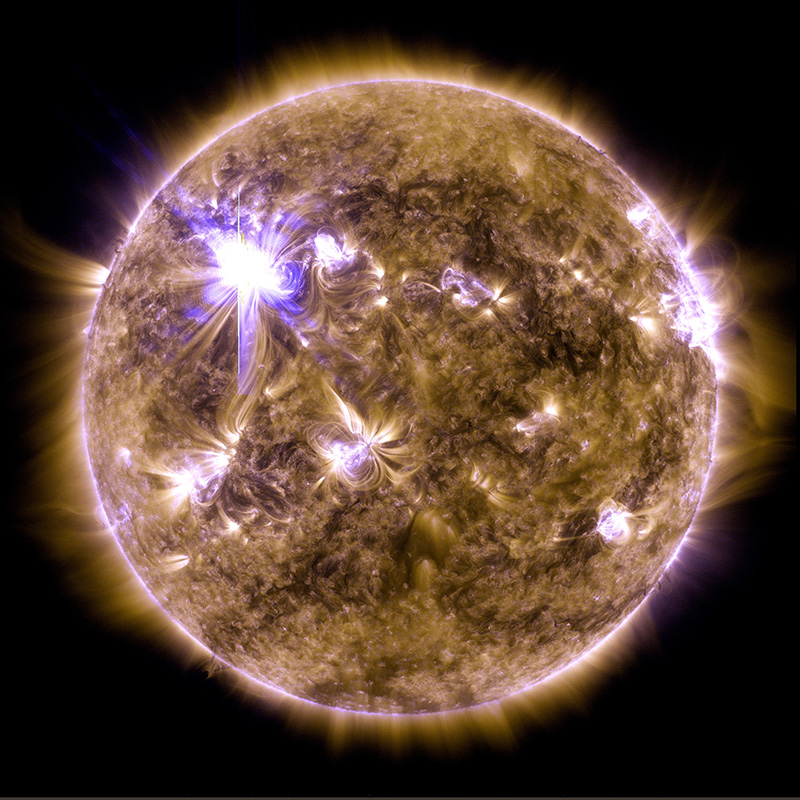 Despite its relatively serene appearance, the Sun’s surface is actually a rather busy place. (If sound could travel through the vacuum of space, the Sun would blare as loud as a rock concert every minute of the day).

Like Earth, the Sun has a north and a south pole thanks to its magnetic fields. But because the Sun’s surface churns and rolls, these poles actually swap places every 11 years or so. Exactly where our star is in this solar cycle impacts the activity on its surface. And because certain solar activity can impact Earth, astronomers closer monitor it every day.

The Sun’s powerful magnetic fields are generated by the electrically charged gases and plasma that make up our star. As this material constantly swirls around the Sun, it ends up twisting magnetic fields lines into tighter and tighter configurations, storing energy like a knotted rubber band.

These magnetic pretzels can also leave their mark in the form of sunspots. Sunspots are areas on the Sun that appear darker than their surroundings due to strong magnetic fields preventing some of the solar heat from reaching the surface. While technically cooler than other parts of the Sun, sunspots still run extremely hot, hovering around 6,500 degrees Fahrenheit (3,600 degree Celsius). 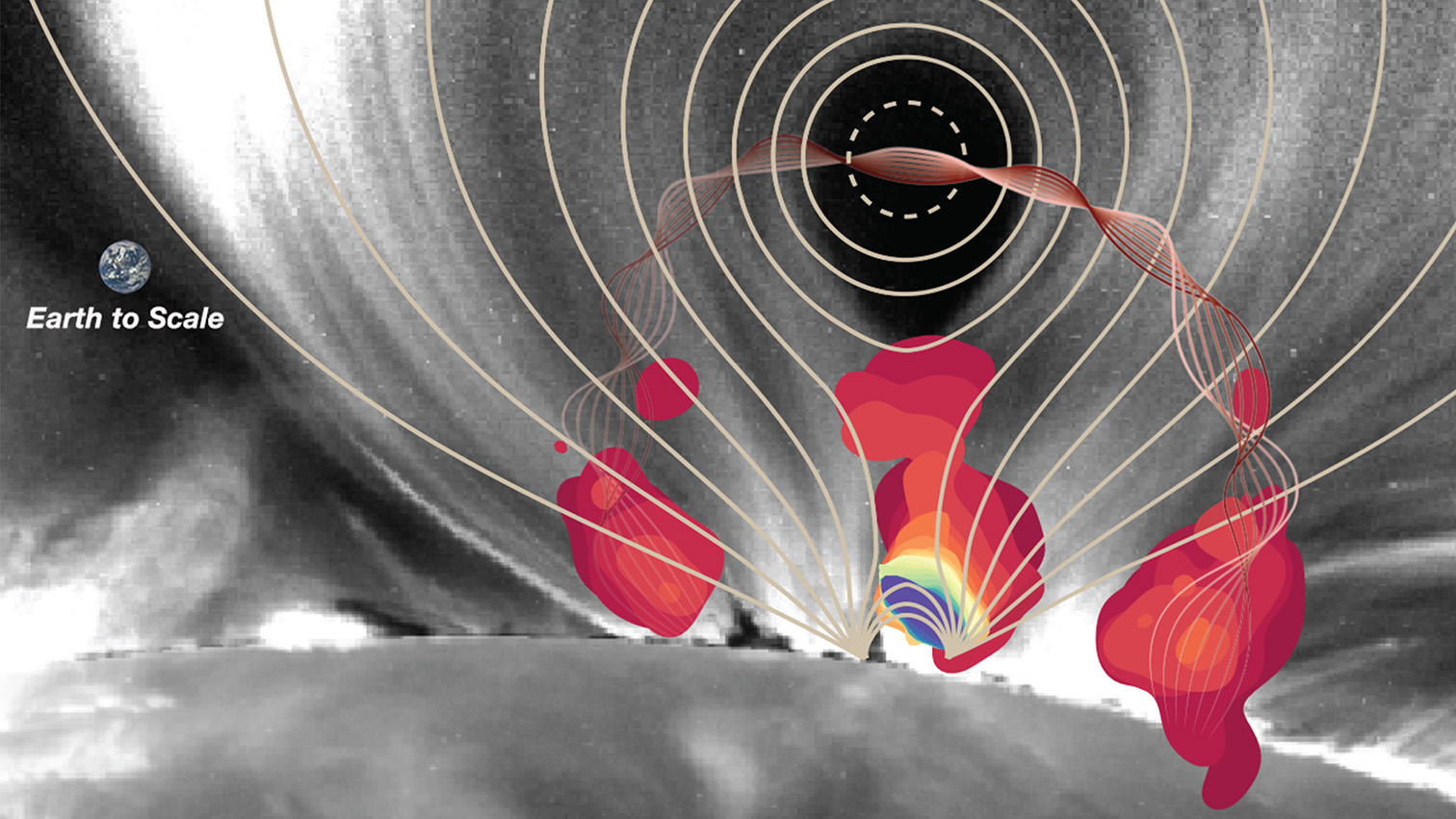 The magnetic field lines near sunspots can tangle further, causing sudden solar flares, or intense eruptions of energy and light. Sometimes referred to as coronal mass ejections (CMEs), these eruptions can release 10 million times more energy than is released during a volcanic eruption on Earth, sending charged particles and radiation surging through the Sun’s outer atmosphere and through the solar system. CMEs pose a threat to infrastructure humans have built on and around Earth, like power grids and satellites. For this reason, many weather and space agencies across the globe produce forecasts of solar flares.

But just like predicting thunderstorms doesn’t always pan out, predicting solar flares isn’t as straightforward as it seems. Although scientist may be able to identify when the conditions are right for flares, determining whether one will actually pop, as well as estimating its size, is an entirely different beast.

NASA and other agencies are hard at work developing and updating models used to predict when solar flares might occur. In fact, in July 2020, NASA’s Solar Dynamic Observatory created a new model that was able to predict seven out of nine of the Sun’s biggest flares from the previous solar cycle. The model picks up on key characteristics in active regions of the Sun, like detecting a crack before an avalanche. Similarly, scientists at the Institute for Space-Earth Environmental Research in Japan proposed a new model that same month, which is capable of predicting not only when a flare will occur and how powerful it will be, but also where the eruption will occur.

While most of us will never set foot on the Moon,

While most of us will never set foot on the Moon,