What is the difference between asteroids and comets?

Asteroids and comets are more alike than astronomers originally thought. 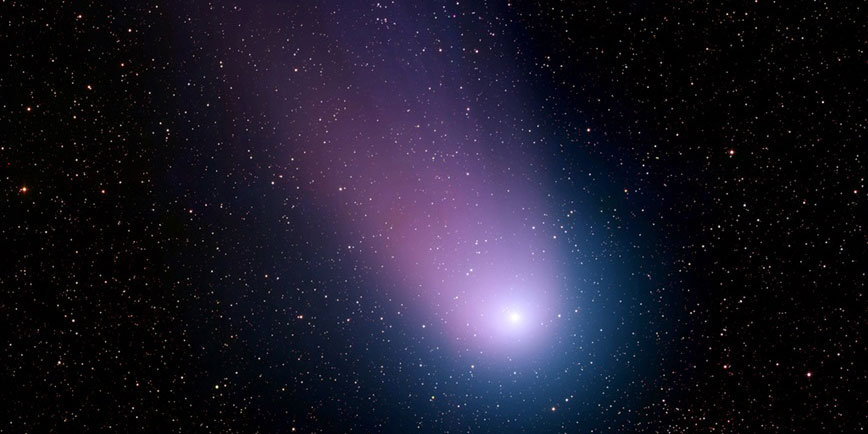 The solar system is a complex place. Aside from the Sun and major planets, it’s filled with hundreds of thousands of small bits of debris left over from its formation some 4.6 billion years ago. This debris can largely be categorized as comets or asteroids.

Comets are frozen balls of ice and gas (as well as some rock) that live in the solar system’s distant reaches. Though most comets never venture to the inner solar system, some receive gravitational kicks that fling them toward the Sun. And if one gets close enough, some of its ice sublimates (turns directly from solid to gas), which can give it a stunning tail.

Asteroids, on the other hand, are rocky bodies that mostly reside in the asteroid belt, which lies between Mars and Jupiter. Asteroids originally seemed to show no traits similar to comets; for example, the mainly circular orbits of asteroids are different from their cometary cousins, which tend to be more elongated and tilted.

However, a view developed during the past 20 years suggests comets and asteroids, although distinct types of bodies, are more alike than astronomers originally thought.

Trillions of comets probably exist in our solar system, and the long-period ones live in a vast reservoir of ancient debris that surrounds the solar system called the Oort Cloud. But even comets in the Oort Cloud can be nudged by a passing star or close encounter with another body, sending it inward toward the Sun.

Short-period comets, on the other hand, reside closer in and have orbits with periods less than 200 years. Comets with hyperbolic or parabolic orbits, however, are not bound to the solar system at all; once they make their closest approach to the Sun, they are gone for good. 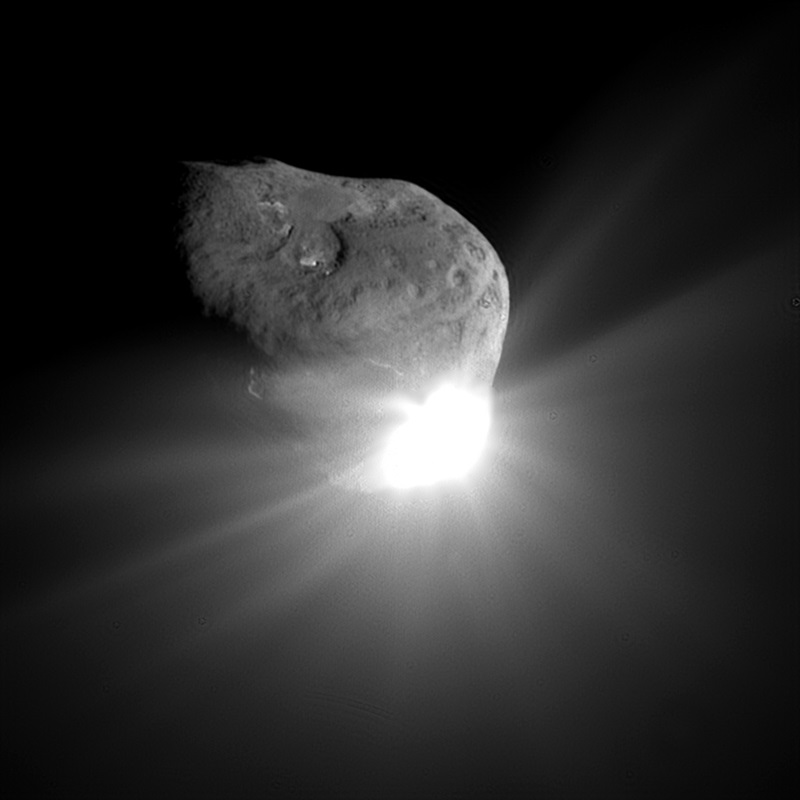 WHAMMO! Comet 9P/Tempel 1 dances with light moments after the Deep Impact spacecraft impactor’s strike into the nucleus July 4, 2005. Comets and asteroids are both leftover bits of debris from the primordial solar nebula, some 4.6 billion years ago. Photo: NASA/JPL-Caltech/UMD

There are also several main-belt comets — sometimes called active asteroids — which skirt the line between comet and asteroid. These objects reside in the solar system’s main asteroid belt and have nearly circular orbits. Similar objects may have even deposited water on Earth billions of years ago.

Scientists have studied roughly half a million asteroids well enough to warrant permanent numerical designations, and about 20,000 even have official names. All in, astronomers believe the solar system likely holds about 1 million asteroids that are larger than 1 mile across. 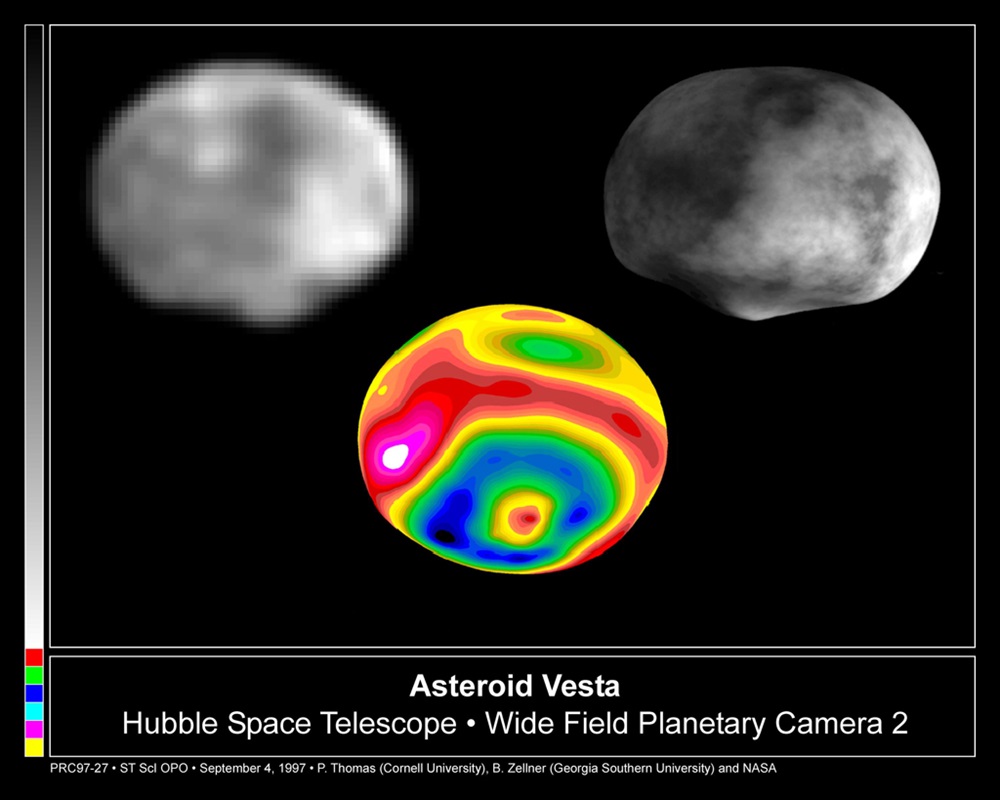 The largest asteroid in the main belt is Ceres, which has a diameter of about 600 miles. However, altogether, the entire mass of main-belt asteroids only adds up to about 4 percent of the Moon’s mass. (For reference, the Moon is about 2,160 miles wide.)

Over recent decades, astronomers have discovered many other small bodies with peculiar properties, which has led them to cross-list several objects as both asteroids and comets. These include 2060 Chiron, the first member of an asteroid class known as centaurs, which mainly have orbits falling between Jupiter and Neptune. In 1988, astronomers watched this strange object undergo a surprising outburst in brightness, an act more characteristic of comets than asteroids.

Additionally, 60558 Echeclus, a centaur discovered in 2000, first appeared to be an innocent asteroid. But in late 2005, astronomers found it sports a faint cometary coma (a fuzzy shell of sublimating ice) around its body. Finally, 4015 Wilson-Harrington, an object first cataloged as a comet in 1949, was independently discovered as an asteroid 30 years later; it now shares both designations.