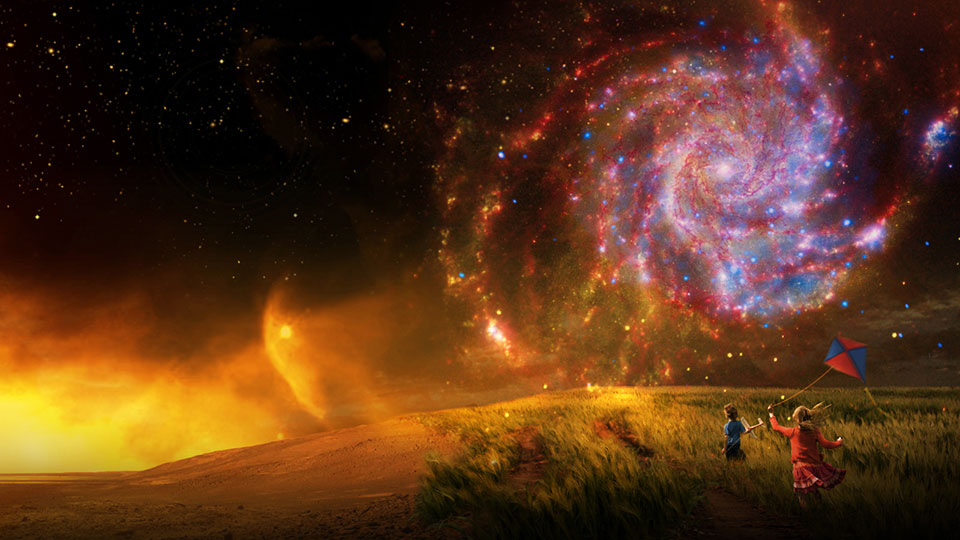 The 5 requirements for life beyond Earth

Alien life, if it exists, might not have the same requirements for life as Earthlings do. But if E.T. is out there, it’ll probably depend on these five things.

The requirements for life have been debated for centuries by biologists, chemists, and astronomers. Unfortunately, the answer remains a mystery. Nobody knows for sure what life on another world would require. But we can make some educated guesses based on the only kind of life we know of: Earthlings.

But before we get started, what is life? By definition, living things have several attributes that separate them from inanimate objects like rocks and dirt.

Living things on Earth are arranged into cells; they’re highly organized; they take in energy from the environment and excrete waste products; they exhibit stable internal conditions; they grow and change; and they reproduce, passing genetic material along to their descendants. For most scientists, anything in the universe that exhibits these characteristics would be considered alive.

So, without further ado, here are 5 likely requirements for life beyond Earth.

Water drives NASA’s solar-system exploration program. Wherever there’s a chance water could exist, either as liquid or ice — like on Mars, Jupiter’s moon Europa, and Saturn’s moon Enceladus — scientists will tend to focus their efforts there.

The movement of molecules is one requirement for life. And a flowing solvent can trigger molecules to moves, allowing an organism to carry out chemical reactions that take in energy and excrete waste. On Earth, that solvent is water.

But water may not be the molecule-moving solvent everywhere in the universe. Water does have an amazing number of properties that help it support life. But could another fluid — ammonia, methane, formamide, or sulfuric acid — allow exotic life forms to flourish?

If so, then life existing elsewhere in the universe seems almost inevitable. Although, that also might mean it’s unrecognizable.

Carbon is required for life on Earth. That’s because it’s basically the Swiss Army knife of elements. It can take on many forms — from long chains to complex geometric structures — and make sturdy and stable bonds with other elements.

Without carbon, there wouldn’t be any life on Earth. The compounds that support organic, or carbon-based, life — like DNA, proteins, fats, sugars, carbohydrates, etc. — simply couldn’t exist. But then again, maybe there are alternatives.

Back in 1913, Harvard biologist Lawrence Henderson wrote in his work The Fitness of the Environment, “Life necessarily must be based on carbon and water, and have its higher forms metabolizing free oxygen.” For decades, scientists took this statement as gospel, but it was questioned in the 1970s. Carl Sagan wrote he doubted it “because Lawrence Henderson was made of carbon and water and metabolized free oxygen. Henderson had a vested interest.”

Life in the universe, scientists now admit, could be based on completely different chemical systems than ours. But without knowing what kind of system that could be, scientists don’t really have another option besides to look for carbon-based life. 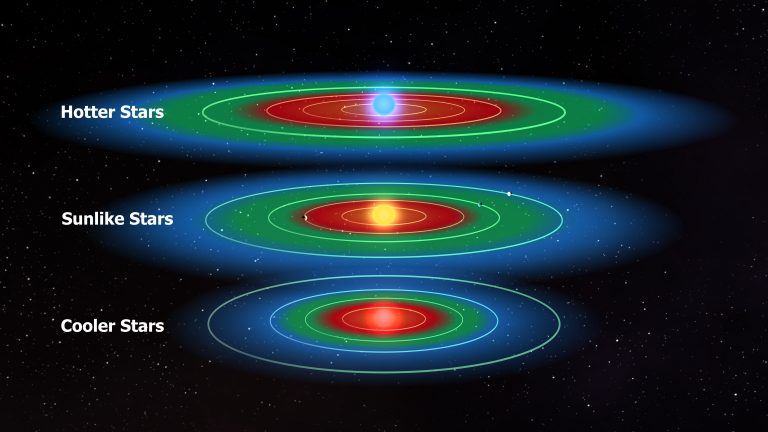 Green sections indicate the habitable zones, the region where liquid water can exist, that surround various types of stars. Scientists think “Goldilocks” planets within these zones get just the right amount of energy, so they are not too hot and not too cold. For cooler red-dwarf stars, their habitable zone is much closer in. New research indicates that being this close to a red dwarf star could mean trouble for an otherwise habitable exoplanet. Credit: NASA

For life to exist on another world, it requires a source of energy. For Earthlings, this mainly comes in the form of sunlight penetrating our atmosphere. Plants soak up the plentiful rays, and through the process of photosynthesis, power their lives. Animals, fungi, and other organisms then feed on those plants to get their own energy. And on it goes, with the energy that was once in the form of sunlight moving its way up the food chain.

But although there could be alien plants that also soak up the rays from their stars, there’s at least one other possible energy source they could potentially rely on: heat from geological activity.

On Earth, there are some lifeforms that can’t get their energy from the Sun, so they get it instead from deep hydrothermal vents that pump out hot, mineral-rich water. Indeed, in 2016, researchers published a paper in the journal Nature Microbiology that suggests hydrothermal vents were the source of energy for Earthling’s last common ancestor.

Like anything worth doing, the genesis of life takes time. Earth is about 4.5 billion years old, and the oldest fossils yet found, according to 2017 research published in the Proceedings of the National Academy of Sciences, suggest that life didn’t take hold until about a billion years later. But in a nearly 14-billion-year-old universe, a billion years isn’t really that long. And the timeline of life on Earth might have started even earlier.

Either way, started life as we know it takes time. So, if we hope to find life on a distant world, we should probably focus on planets that orbit long-lived stars, providing ample time for life to develop. And since the most massive stars live fast and die young — lasting just a few million years, a cosmic eyeblink — they’re probably not the ideal places to search for life. Small stars, on the other hand, can live trillions of years, but they also can emit violent superflares that can endanger planets. 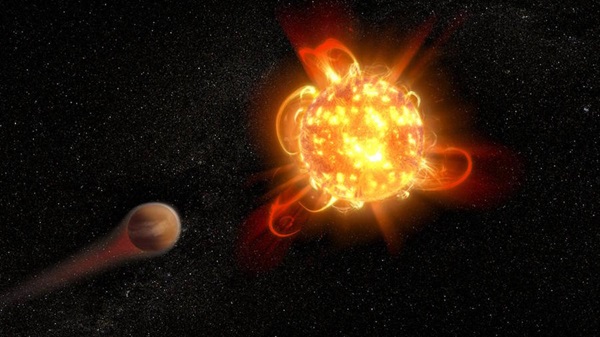 Powerful superflares from young red dwarf stars, like the one shown in this artist’s concept, can strip the atmospheres from fledgling planets, spelling disaster for any potential life. Credit: NASA/ESA/D. Player (STScI)

From asteroid impacts to coronal mass ejections, from climate change to nuclear winter, from supervolcanoes to supernovae, threats to life itself are everywhere. And although sufficiently advanced lifeforms can purposely manipulate their environment to prevent some of these doomsday scenarios from occurring, there’s a good chance that surviving in the cosmos mostly boils down to luck.

So, as far as we know, the 5 requirements for life beyond Earth include: Carbon, water, energy, time, and luck. But that’s based on the supposition that alien life shares the same basic biological architecture as life on Earth — which is a huge assumption. Plus, there’s an even more fundamental question we need to ask ourselves first: Does extraterrestrial life really exist at all?