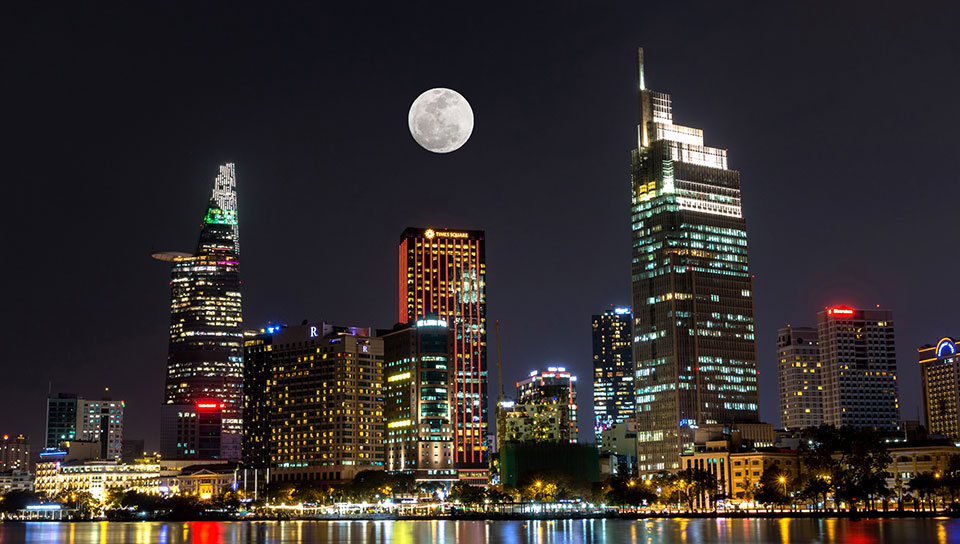 The right equipment, site, and techniques can make all the difference when you’re observing the night sky in a light-polluted city.

Many people who live in a light-polluted city and are interested in astronomy never buy a telescope — and that’s simply because they can’t see the stars. Runaway light pollution is robbing us of the night sky. But take heed; all is not lost. Many amateur astronomers who live in and around a light-polluted city still enjoy wonderful telescopic sights during clear evening nights. And you can too; you just have to know a few tips and tricks to achieve the best your equipment has to offer.

But first, we need to define a couple terms. Light pollution comes in two varieties: sky glow and local, or line-of-sight, glare. Sky glow refers to the sickish orange glow produced by city lights that we see rising above the horizon, extinguishing faint stars and other celestial objects. Localized, or line-of-sight, light pollution, however, can happen anywhere. Most often, it’s caused by one or more poorly designed or placed lights, either from a neighbor’s house or a poorly located streetlight. By itself, line-of-sight light pollution may not wash out the sky like sky glow does, but it can blind an observer to faint starlight by sneaking into the corner of their eye.

The good news is that with these top tips and tricks, it is possible to observe the night sky in a light-polluted city.

Large telescopes suffer more from sky glow, but they also gather more starlight, regardless of where they’re located. A 12-inch telescope will always show you more stars than a 6-inch scope.

However, the bottom line is that unless a telescope is convenient to use, it will quickly become relegated to a dark corner. In other words, light pollution should have no impact when choosing a telescope’s aperture, but your available storage space should be at the top of the list.

How to get your telescope ready for city observing

Urban astronomers greatly benefit from computerized telescope mounts. While star-hopping is fantastic for locating targets from a dark-sky site, it’s hard to do if the sky is so bright that reference stars elude you. Plus, because cheap computerized telescopes (with a mount included) often divide their strengths between electronics and optics, they usually compromise on both. Therefore, in most cases, your best bet is probably to purchase a separate computerized mount to complement your scope.

Choosing the right eyepiece is just as important as choosing the right telescope. The eyepiece can make all the difference between seeing an object and not. Never select an eyepiece based on the magnification it will deliver through a given telescope. When observing under less than ideal conditions, magnification plays second fiddle to the exit pupil — or the diameter of the beam of light that leaves the eyepiece. (The exit pupil’s diameter will change as magnification goes up and down.) Knowing the diameter of the exit pupil is critical, because if it’s too large or too small, the resulting image may prove unsatisfactory. To find out its diameter, use one of the following two formulas:

Exit pupil = focal length of the eyepiece in millimeters [divided by] telescope’s focal ratio, or its “f/ number.”

The significance of the exit pupil is especially important under light-polluted skies, which leads to much lower contrast between celestial objects and the background. If an eyepiece produces too large an exit pupil, contrast will suffer greatly. On the other hand, if the eyepiece produces too small of an exit pupil, the images may be so dim they are nearly impossible to see. With that said, there is no single best exit pupil for viewing all objects. The table below offers suggestions for urban conditions.

How to choose an observing site in a city

Ideally, an urban observing site should be as dark as possible, readily accessible, and, most of all, safe. With that said, observing from a rooftop gets you above many earthly obstructions, such as trees and other buildings, as well as above sources of street-level lighting.

There are some disadvantages of rooftop observing, however. Roofs absorb a tremendous amount of heat during the day, radiating it back out at night, which can distort your celestial view. Grassy areas in city parks and beaches are a natural alternative because they absorb relatively little heat during the day.

Your best bet for urban observing, however, is to join a local astronomy club and take advantage of their viewing sessions. The Amateur Astronomers Association of New York, for instance, has arrangements with the New York City Department of Parks & Recreation, the United States Park Service, as well as other organizations. This allows them to use several city parks for monthly nighttime viewing sessions.

Once you choose your viewing site, pick a spot that will block as many sources of local light pollution as possible. Trees, buildings, and other obstructions often serve this role nicely.

If there are no suitable obstructions at your site, then drape a dark towel or cloth over your head when looking through the eyepiece, as old-time photographers used to do. Using this technique, you might see about a half-magnitude fainter than you would be able to otherwise.

Finally, timing is everything. Whatever target you choose — whether it’s the Moon, a planet, or a challenging deep-sky object — the best time to look will always be when it is highest in the sky. An object that is invisible when near the horizon may come through clearly when it is away from haze and sky glow. The level of light pollution also noticeably drops after midnight, making the early morning hours the best time for urban stargazing.

As Glynis van Uden from the small city of Tilburg, Netherlands, once pointed out, “Getting good viewing means being flexible and keeping an eye open for opportunities. I’ve had some excellent skies in the early morning, and [I] look forward to holidays when I can take more advantage of this. I always enjoy the moment — being out under the stars when most people are sleeping. Just think what I’d miss if I simply shrugged my shoulders and gave up.”

So, no matter where you are, get out there and give it a shot!