Birth of the space age

Astronaut Buzz Aldrin walks on the surface of the Moon during the Apollo 11 mission. Credit: NASA

Today, NASA is the definitive space agency for the United States. But there was a time not so long ago when NASA didn’t exist. Instead, multiple branches of the military were each researching space exploration topics such as jet propulsion and satellites.

In the 1940s, President Dwight D. Eisenhower approved plans to put the first scientific satellite in orbit, intended as the country’s contribution to the International Geophysical Year, which lasted from July 1957 to December 1958. The international scientific project was created to study 11 scientific areas of interest — including gravity, meteorology, and solar activity — and collect scientific data about Earth. Shortly after America’s announcement, the Soviet Union announced their own intentions to orbit a satellite. And the Soviets beat the Americans to the punch. 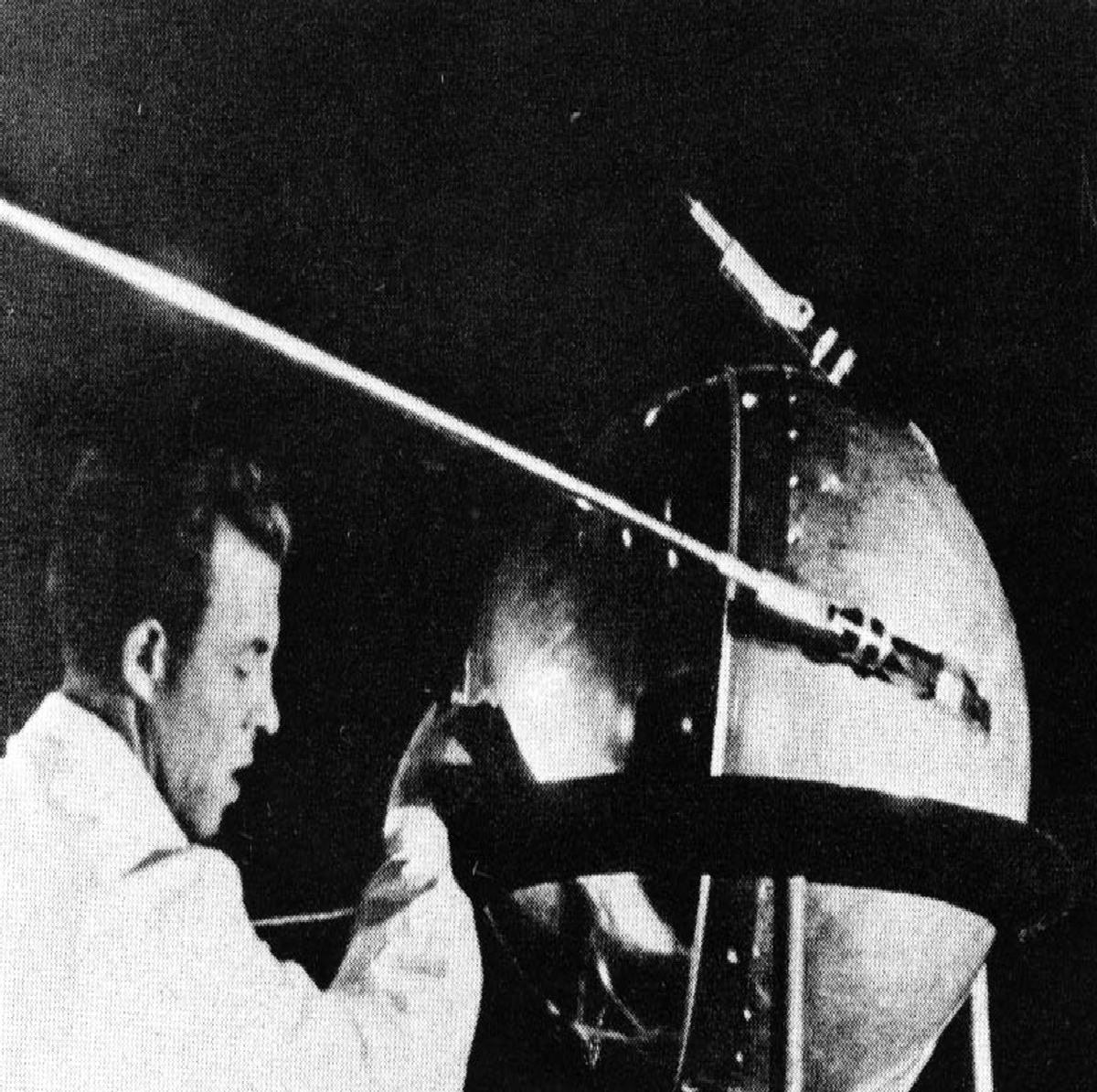 The Soviet Union shocked the world when the launched the world’s first satellite in 1957. Credit: NASA/Asif A. Siddiqi

Beginnings of the Space Race

Sputnik I was launched October 4, 1957, becoming the world’s first artificial satellite and kicking off the Space Race. Shortly after, on November 3, 1957, Sputnik II was launched, carrying a dog named Laika aboard.

No longer at the forefront of technology, the U.S. rushed to launch their own satellite. In December, Vanguard was the first satellite America attempted to launch, but it exploded shortly after takeoff. It wasn’t until January 31, 1958 that Explorer I, the first U.S. satellite, successfully orbited Earth. 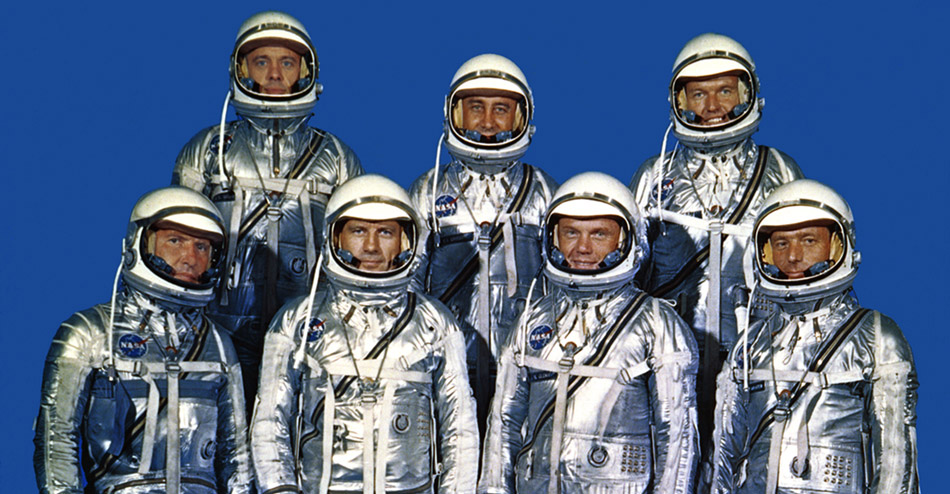 Following its formation, NASA took on human space flight initiatives starting with Project Mercury in 1958. As part of the project, six crewed missions were launched to prove that human spaceflight was possible. Alan Shepard became the first American in space on May 5, 1961, but the Soviets had once again beaten the U.S. to the punch, with Yuri Gagarin’s orbiting Earth orbit a month earlier. In response, on May 25, President John F. Kennedy declared that the U.S. would safely land an astronaut on the Moon by then end of the decade. 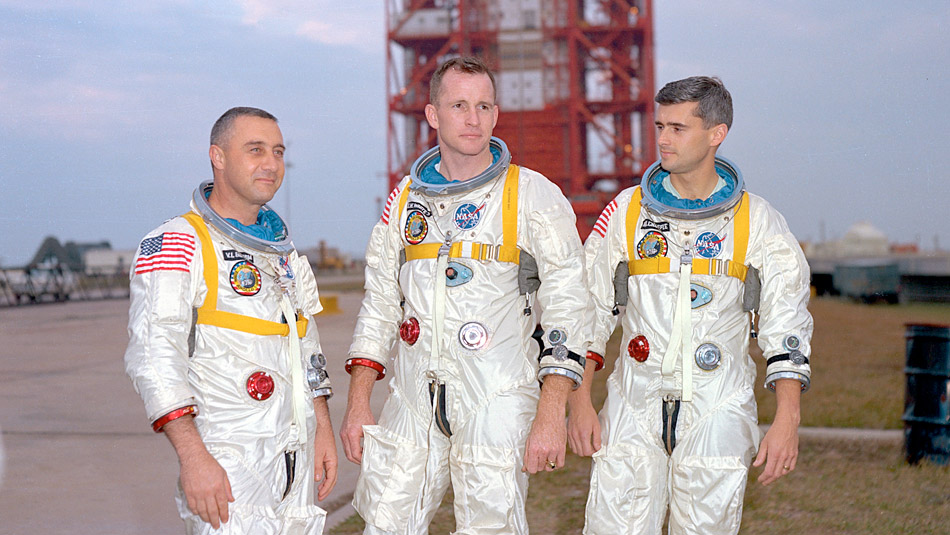 To the Moon and beyond

To accomplish this technological challenge, NASA launched Project Gemini. The main goals of the project were to perfect reentry and landing methods and to further understand the effects of long-term space flights on astronauts in preparation for the Apollo missions. In 1965, astronaut Ed White became the first American to conduct a spacewalk and NASA felt confident that they were capable of reaching the Moon.

Taken aboard Apollo 8 by astronaut Bill Anders, the iconic photograph “Earthrise” showed a new view of our planet. Credit: NASA

Apollo 7 was the first Apollo mission to reach space and its successor Apollo 8 became the first to orbit the Moon. Finally, on July 20, 1969, Apollo 11 reached the Moon, ferrying the first humans that have ever set foot on another world. Neil Armstrong and Buzz aldrin explored the area around the landing site — Mare Tranquillitatis, or the Sea of Tranquility — for more than two hours, collecting rock samples, planting an American flag, and leaving behind medallions to honor the crew of Apollo 1, as well as a plaque reading “We came in peace for all mankind.”

Decades later, NASA is still focused on pushing the limits of human space exploration. Currently, the agency’s sights are set on landing the first woman on the Moon by 2024 with the Artemis program followed by the first crewed Mars mission, with the goal of one day reaching even further into deep space.